Home » A t-shirt, begging, and a lesson

A t-shirt, begging, and a lesson 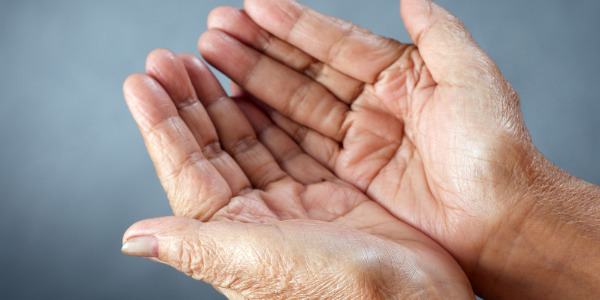 Last week I was at the dollar store buying some storage bins for my fabric (we’ll talk about this when I summarize my spending freeze violations). While waiting on line, I couldn’t help but stare at the back of a gentleman in front of me. This happened for two reasons: one, I am short, he was tall and that is where my eyes landed and two, his shirt read “strippers love my pole” (yeah, I laughed, too). I didn’t notice what he purchased (which is odd for me because I am generally curious about what people buy at that store) but I did vividly remember his shirt. You don’t forget something like that quickly.

After I left the dollar store, I ran a few more errands and then set about driving home. In order to get to my house from this particular shopping center, you need to turn at an intersection that is a prime target for beggars. It’s probably this why due to the sheer volume of traffic that crosses through (it’s the intersection for 2 major roads) and from what I have seen, these guys (always men. Never women at this location) make a good amount of money. I personally don’t give money but I’ve seen numerous people do so. Which is fine. Not my place to judge what other people do with their money.

I think I am digressing here. Let’s regroup and return to the story.

Alright, so I am at the intersection, waiting to turn and I see a man with a sign asking for money. Totally common occurrence. However, this time, the man was of particular interest because….it was the gentleman from the dollar store! And I knowing was him from that super classy t-shirt he was wearing. Apparently he was purchasing some poster board and markers to make his sign. Knowing that sent me down two roads of thought.

The first road was that of anger and annoyance. I mean, here’s this guy, spending money he didn’t earn on poster board and markers to beg for more money that he’s not technically earning. So that annoyed me. Then the angry, rhetorical questions began: How can he have the endurance to stand on a corner and beg but he can’t ask for an application at the store he just purchased his begging tools from (there was a “now hiring” sign on the door)? Why isn’t he using any of the local services to help himself instead of begging on a corner? Is he in cahoots with the people who I saw begging a few miles up the road? And wouldn’t that money have been better spent on some sort of food or drink?

For the record, I know those questions make me sound like a huge insensitive asshole. But I redeem myself now.

As I drove past the man, I let my anger settle down and starting thinking like the compassionate person I know I am. I told myself that maybe he can’t read or has a felony or no way for a prospective employer to contact him and that’s why he didn’t fill out an application. I told myself that maybe he’s desperate and embarrassed to be begging and he feels that he’s left with no other option so I probably shouldn’t shame him any more by thinking horrible thoughts about him. I told myself that maybe he doesn’t know about the local services we have available. I told myself to let it go. And I did. I wished him well in his endeavors (in my head. I didn’t go back to the intersection to say something) and I made a promise to stop being so judgmental in the future.

I am working on it.

As I was storing my fabric, I spent a few minutes thinking about what a dollar really can buy. And honestly, it’s not much. Maybe a dollar menu item or a bag of chips or a bagel from the supermarket bakery. It can buy a local bus ticket, one way. It can buy something from Goodwill or a yard sale. Maybe. A dollar can buy a lottery ticket or wash a load of clothes or buy a piece of fruit or two. A dollar isn’t life sustaining but it can help.

Because even with limited buying power, you can use your dollar purchase in a positive way. Buying a bus ticket to the mall or the library gives you a way to look for job. Using your quarters to wash your clothes gives you that confident feeling that comes with being clean. Eating something that is good for you gives you strength and energy to look for work or even make it through the day. And some people see buying a $1 lottery ticket as an investment and potential for large gains.

So maybe that’s what this man saw the poster board and markers as. An investment in his survival for that day. And maybe the next time I see someone begging on that corner, I’ll push that thought to the front of my mind instead of letting it hang out in the back. Because it’s worth giving someone the benefit of the doubt than automatically assuming the worst.

Daily Money Shot by Jana is licensed under a Creative Commons Attribution-NonCommercial-NoDerivs 3.0 Unported License.
Permissions beyond the scope of this license may be available at https://dailymoneyshot.net/contact-me/

I am not a financial expert. All information contained on this site is documentation of my dumbass mistakes and is intended to show you what not to do (and to entertain you, I hope). If you need professional financial advice, consult a professional. Additionally… I would be lying if I said I didn’t blog, at least in part, to earn money. To earn said money, this blog may use affiliate programs. This means that when you click on links to various sites and make a purchase, this can result in a commission that is credited to this site (or me). I may also earn money through text link ads, banner ads, sponsored blog posts, product reviews, PPC advertising or any other means that’s legal. For product reviews, all opinions expressed are mine and mine alone. Any product claim, statistic, quote or other representation about a product or service should be verified with the manufacturer, provider or party in question.